You fly because you can

To eliminate the cognitive bias toward violence in order to bring peaceful solutions within two generations by unplugging a plugged in generation.

We began from a place of looking at the world, the damage we, as a human family are causing, the chaos, the violence, the fast paced dopamine overdosed world of digital, and we are seeing our kids (our future caretakers of this planet) being handed all of this. When you take a look at the world it can be overwhelming to try and figure out where does one start with undoing this mess we created? We believe it starts with the neuroscience of mindfulness and emotional literacy.

Our answer was with children, aligning this with our love of neuroscience and the proven outcomes of early intervention. This formed the basis of The Emotional Literacy and Mindfulness Academy for Kids. Our team and family are growing and evolving as the company evolves.

Tenille Bentley is an internationally award winning global change agent winning awards recognised by the Prime Minister called The Australian Leadership Award and being picked by The Australian Financial Review as one of the top 100 Women of Influence.

The Governor inducted her into the Western Australian Women’s Hall of Fame then she became a finalist in the Telstra Business Woman of the Year.

She was also one of the top 3 in the Australian Institute of Management Excellence Awards. This was in recognition for her work in digital media and community work throughout the ownership of her global charitable organisation ‘The Global Good Foundation’ supporting families impacted by domestic violence and her previous social media agency building it up to a 2.5M company in under two years.

During Tenille’s business career she has sat on some of Australia’s most prestigious boards as a non-executive director often as the youngest and only woman. Over the years she has advised and governed some of Australia’s largest brands in the early adoption years of social and digital media.

Throughout her career she spent one on one time with the great minds of Richard Branson, Oprah, Deepak Chopra, John Demartini and Don Miguel Ruiz.

Tenille is also a prolific multi-instrumentalist singer and frequency musician bridging science and sound to bring people into states of wellbeing and inner peace being globally reaching the global stages in unique art projects at Nuit Blanche Paris – Museum of Modern Art of Paris & The Palais de Tokyo Museum Square and Techism Exhibitions in Florida and continues to expand. 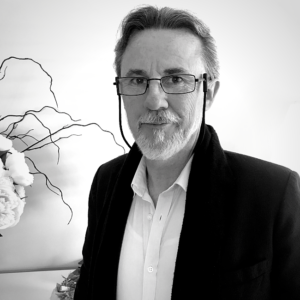 Martin is an experienced leader and manager, established author, company director, and board member currently serving on the board of Peak-body; Men’s Health and Wellbeing WA. Martin is currently the director of his consultancy firm called Exquisite Friends.

His career encompasses service in the Royal Australian Air Force, following that his experience took him into the media sector in journalism and advertising, sales, business development, premium client acquisition and stewardship, and, mid-level management for some of the State’s and Australia’s leading publishers over many years..

Martin’s first book; “Awakened from blind’s walking sleep – Journeys into love and reflection”, explores the notion of perception as reality and has featured as a teaching aid within UWA’s Masters of Social Work Program.

Martin joined the ELMA team to aid in the growth of the school program sector, working with some of our leading education bodies, Martins experience and personal passion for this project makes him an incredibly rare asset to our growing team.

CSI UWA is part of a national collaboration with UNSW Sydney and Swinburne University of Technology. Together, the three universities form the Centre for Social Impact, which takes a systems approach to developing innovative solutions to the biggest social challenges today, with a vision for a better Australia tomorrow.

We are currently developing a research program, whilst early in the piece, we are excited to be developing this partnership further in the future with our work with the Department of Education.

The Perth Brain Centre does not provide a traditional diagnostic service for problems based on symptoms, nor offer treatments such as medication or talk-based therapies. Instead, The Perth Brain Centre takes a very different approach and uses special scans, known as QEEG, to look at how the brain is working to find the underlying problem. This unique information can be used to direct truly personalised and effective treatments that deliver long-lasting results by re-training or re-wiring the brain, harnessing its natural power to change known as neuroplasticity.

We are also in affiliation with The Perth Brain Centre as research partners for a future program in development yet to be announced.