Bringing it local speaking to the topic of kids, digital health and mental wellbeing as well as Tracy’s book Small Bamboo.

Click here for a copy of the book Small Bamboo.

Tracy Vo has been with the Channel Nine since 2007.

Completing a Bachelor of Arts degree at Curtin University, her journalism career began at 882 6PR and CurtinFM 100.1.

In 2004, she moved east to work at Sydney radio station 2SM. Tracy spent two years at the station as breakfast editor, newsreader and reporter.

Tracy moved to television, taking up a producing and reporting role at Sky News Australia.

After a busy year in politics, Tracy returned to Sydney as a general reporter and also taking up the medical round.

Tracy covered a range of stories and roles during her time over east, from field producing presenter Peter Overton during the Black Saturday bushfires, travelling across the country for the 2010 Election Campaign, trekking through the jungles of Borneo and walking with lions in South Africa.

Notable stories Tracy has covered include the death of Nelson Mandela in a South Africa, Schapelle Corby’s release in Bali, the mystery of missing Malaysia Airlines flight MH370 and abandoned baby Gammy in Thailand.

In 2014, Tracy became a published author, telling her family’s story in Small Bamboo. 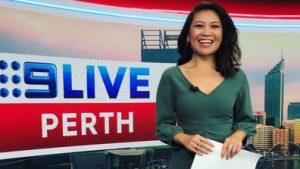 What does being Digitally Consciousness mean to Tracy?

“It’s being accountable for the time I spend on social media.”